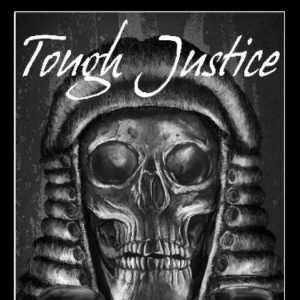 This combo pack is brought to you by Ian Warner and Kittiwake Classics, and includes a roleplay rulebook and 1 miniature, for a GBP3.00 saving over individual prices.

Including a new Kittiwake Classics edition of `Tough Justice: Courtroom Roleplaying in the Time of the Bloody Code` which includes new artwork and larger text size, along with a 28mm miniature of Dolly Dock, one of the characters from the game.

The first of the History Farce Series sends you back to the time of the Bloody Code. With over 200 crimes carrying the death penalty the players take on the roles of the Defence and Prosecution Barristers and their various allies as they fight for what they see as justice whether they're getting a guilty crook off or hanging an innocent one.

This miniature is provided unpainted and may require assembly.

Photographs may depict the original sculpt, miniature will be cast from White Metal.

© Product, Images and Text are the Intellectual Property of Kittiwake Classics. All rights reserved.