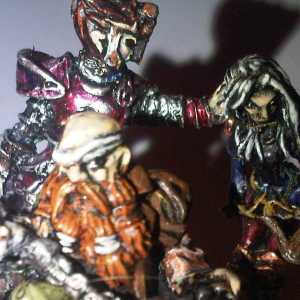 Immortal Flute Command Pack is a pack of Fantasy Miniatures by Table Warfare.

Pack contains 3x figures in 32mm scale, and made from White Metal.

These charcter make up the primary command of your Immortal Flute army, for battles and skirmishes