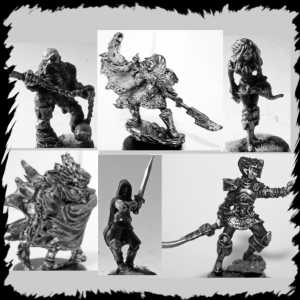 At the UK Games Expo 2011 6 figures from the Immortal Flute where nominated for consideration by public and judges in the 2011 Expo Awards.

The Immortal Flute are a Mercinary Army of Vampires who specialise in infiltration and assassination.


To celebrate winning the Best Miniatures award, these 6 Award Winning Miniatures can be purchased as part of a set, making a saving 20%.

All figures come unpainted and may require assembly. White Metal is an alloy containing lead