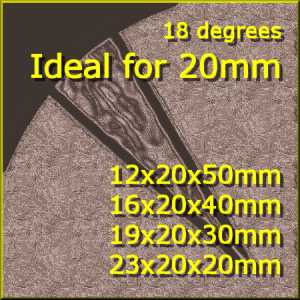 The 20mm Manufacturing Shared Mould Package allows you to turn a sculpted 20mm figure into a white metal miniature, and is ideal for miniatures that are expected to sell well.

Including 1x space in a synthetic master mould and 2x spaces in an organic production mould, for a 20mm figure.