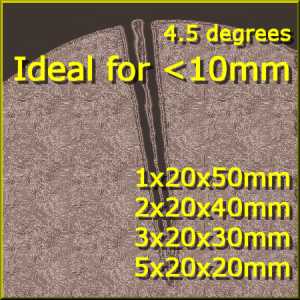 The 10mm Mass Production Shared Mould Package allows you to turn a sculpted 10mm figure into a white metal miniature, and is ideal for mass production of a miniature.

Including 1x space in a synthetic master mould and 4x spaces in an organic production mould, for a 10mm (or smaller) figure.